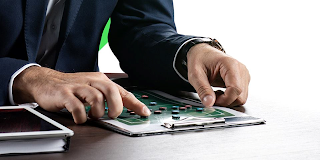 Are you depressed because your team is weaker than your next opponent? And you are thinking you will lose the match. Do you sometimes wonder why you have lost the match even though you were much stronger.  Well, you have reached the right place and you might get something to cheer for.

Top Eleven is the game where on paper superiority is not always significant to win the game. There are several factors like formations and tactics which have a huge impact on the game. Top eleven 2019 gives us the flexibility to use several numbers of formations although only a few of them work effectively. Many managers wonder about what formation should be used to get a satisfactory result. Now the selection of a formation depends on the opposition's formation and quality and accordingly you can choose formations to counter them.

In this article, I will show popular formations used to counter the opponents formations along with all three (Offensive, Normal, Defensive) mode of mentality. [To read more about attack or defense click here]

In the football world, there are three types of formations, viz Offensive/Attacking, Balanced/Neutral, Defensive/Park-the-Bus. You have to select your formation according to the situation of the match. If you are desperate for goals then go with an offensive formation, if you have a healthy lead in the 1st leg of CUP/CL then you better go with a defensive one and give chance to your comparatively weaker players and other than this its always better to start with a balanced formation.

Now let's see the formations one-by-one and before you are going to see that you need to know about some abbreviations which are used in the list. They are as follows


If you are reading this article from mobile phone then make sure to rotate (Auto Rotation:ON) the screen and then read. Otherwise you may not be able to see all the three mentalities formations.

Starting with Offensive or Attacking formations.


The Balanced or Neutral formations are likely

And finally the Defensive or Bus Parking formations are as follows

(Although the game now allowing manager to customized formation we should stick to old-school formations rather than using strange but valid formations , which I have seen many managers use now a days and they struggle to cope up at the end)


With the Top Eleven 2019 update the Arrow feature is back. So with this feature we can use our formation in a more effective way. To know about how to use Arrow feature, click here

Counter Formations with Mentality for Top Eleven 2020 (UPDATED) Duygu Demir 2020-05-22T21:13:00+03:00 5.0 stars based on 35 reviews Are you depressed because your team is weaker than your next opponent? And you are thinking you will lose the match. Do you someti...
formation
top eleven tactics